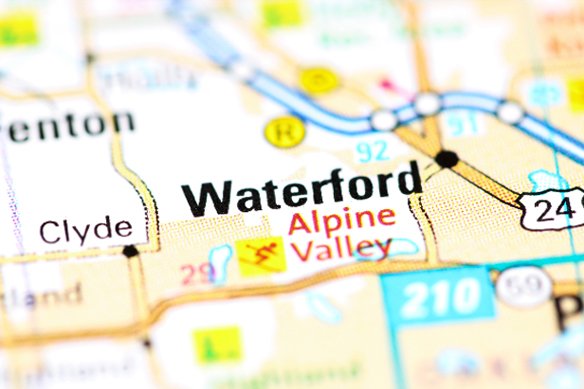 In 1996, after acquiring the assets of Logicomp, GeoLogic Computer Systems was established.  GeoLogic launched with a suite of products for the surveying, and construction industries.  GeoTopo, later renamed GCS:Topo, was the first practical rapid surveying system.  GeoField, later know as GCS:Field, provided the first effective grade control for site construction and GeoStation, later known as GCS:Station was a groundbreaking station-based road construction product. Also that year, GeoLogic worked on developing software for the agricultural drainage tiling industry, then called GeoPipe, later to become GCS:Pipe.  After extensive field testing, GeoLogic started offering it for sale in 1998.  It was the first program designed to automate the laying of drainage pipe in the ground that used measurements of the surface to design the proper depth in which to put in the pipe, in real time, recording what was actually put in the ground.   Early products used lasers and robotic total stations.  The company released its first GPS-based construction product in 1998.

GeoLogic was the first on the market with a working GPS solution for surveying and machine control.  In 2003, GeoLogic began development on GCS:Pactor, later known as GCS:Density, the first landfill management software on the market.  In 2005, after a change in management, GeoLogic refocused on serving the landfill market and providing full systems instead of simply software.  GeoLogic applied for a patent on the technology involved in 2007, eventually receiving it.  This technology revolutionized the landfill software industry in that it accurately modeled and measured the true changes in compacting trash by measuring the deflection of the surface.

In 2012, GeoLogic developed the GeoLogic Orion™ system, a leap forward in landfill GPS systems.  GeoLogic was the first to move to a fully-cellular based GPS landfill system, to provide standard remote monitoring and reporting to all customers and to offer a standard three year warranty.

Re-Entry into the Agricultural Market (2018-Present)

At GeoLogic we believe that product development is a two-tier process: improving both the GPS solutions we offer, and customer interaction. These ideals are at the forefront of making every decision. This internal philosophy is the reason we lead the industry in both customer service and system performance. This personal interaction opens the door to greater customer feedback and allows GeoLogic to improve all facets of its products. We know that we can develop a great working relationship with you and offer the excellent service and products our customers enjoy.